Users and groups can only be managed by an administrator.

It is best to first add all expected users to RegistryUI. Then once all users are defined, you can create suitable groups. These groups can then be used when creating projects or when editing projects to assign authorized groups.

When using the Registry > Users & Groups menu entry, all currently defined users and groups are shown. 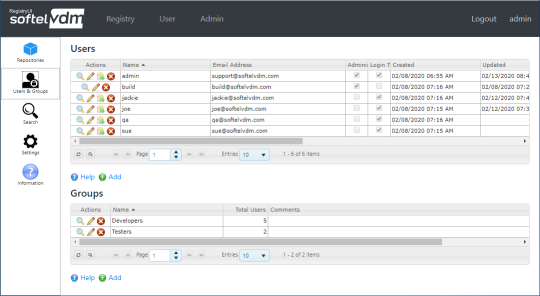